If your factory's equipment relies on hydraulics to run smoothly, you may have noticed lately that one of the pumps is acting sluggishly and may not be able to hold enough pressure. While there are several reasons why this may be happening, one possibility is that the fluid has been contaminated with air. Below are a couple of tell-tale signs that this is the case.

1.  Loud Banging Noises Coming from the Cylinder While in Operation

If you are hearing these noises, there is most likely increased pressure being forced against both the cylinder and pistons. If the issue is not remedied, the cylinder could break apart or the piston could bend, leaving you with downtime in your production line.

2.  Fluid Starts to Foam up as It Moves Through the Cylinder and Its Lines

Another sign that the fluid inside of the hydraulic cylinder and its lines are being subjected to aeration is when you notice that it is foaming up. As the piston moves through the fluid, the air is being mixed up with it, causing tiny bubbles to form and cause the foam.

If the liquid is foamy, the cylinder is most likely not creating enough pressure to operate the machinery without being sluggish. There is also not as much lubrication within the hydraulics, which could cause a spike in the internal temperature of the cylinder. This increased temperature could then lead to deterioration of the seals.

If there is air entering into and contaminating the cylinder's fluid, there may be an issue with the inlet or even a crack in the casing. While your first thought may be to replace the cylinder, there is a chance that it can be rebuilt using new parts instead. Contact an industrial and manufacturing company that offers hydraulic cylinder rebuild services to discuss your options. 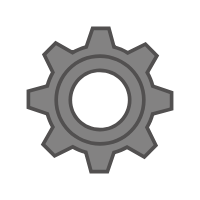 When you start thinking about creating the right kind of product, you should start by thinking about what is possible in manufacturing. While many people are focused on creating impactful change, others are only concerned about making money, so think about where your priorities fall. Oftentimes, doing what you can to make great decisions regarding the products you make can really pay off in the long run. On this website, read more information about how to create the best kinds of manufacturing choices, such as opting for sustainable base products and working on simplifying projects to save power and lower your carbon footprint.

What Causes AC Rapid Cycling? 4 Reasons You Need An Urgent AC Repair Service
22 December 2022
Does your AC system turn on and off repeatedly? This unusual behavior causes the system to work harder than usual to maintain the desired temperature. …

How To Choose The Right Mechanical Insulation Products For Ductwork
28 September 2022
To prevent heating and cooling loss for ductwork, mechanical insulation can be set up around it. If you're currently in the market for this insulation …

Keys To Customizing A Gooseneck Truck Body For Work Operations
12 July 2022
If you have work operations that require a gooseneck body on your truck, you might want to order a custom solution so that you can design it however y …